§ An award-winning Calabria book.  While each chapter of Calabria: The Other Italy can be read individually, in its entirety the narration gradually unfolds to reveal the heart of the region and its people. §

MAPS OF ITALY AND CALABRIA

INTRODUCTION – A brief description of the circumstances that resulted in my taking a teaching job and moving to Calabria.

The Journey – A colorful account of the overnight train from Rome to Calabria.

Locri – First impressions of Locri, the town that I would call home for two years, including an overview of the community, its brief history and physical descriptions of the area.

Americana Americana – My first encounters with the locals and their reactions to an American in their midst.

Have you got…? – My introduction to teaching English to Italians and an overview of the Italian school system.

The Market – Visiting the outdoor market with a description of the local products and my interaction with the farmers and fishermen.

First Visit to Reggio – Visiting the capital city including a panoramic train ride, an unexpected tour of the Archeological Museum and sharing a couple of bottles of spumante with strangers at my birthday lunch.

The Local Post Office – A detailed account of my experiences at the Locri post office that made me long for the efficiency of its American counterpart.

Siderno – A shopping excursion to the neighboring town that led to an unanticipated invitation to lunch at a farmhouse in the country as well as a new friendship.

Roommates and Coworkers – A humorous account of my English-speaking colleagues whose antics were more foreign than those of the natives.

The Countryside – A description of the Calabrian countryside and a misadventure on the back of a motorcycle in the Aspromonte Mountains.

Christmas – Celebrations of the Immaculate Conception, Christmas and Saint Stephens on city streets and in homes with bountiful food, extended families and new friends.

The New Year and Winter Traditions – The ceremonial killing and eating of the pig, village bonfires and a female impersonator in the Calabrian dialect.

‘Ndrangheta, Part 1 – Calabria’s organized crime syndicate manifests itself in local shootings as seen through the eyes of young students and a documentarian.

Locri Epizephyrii – A visit back in time to the prosperous period of Greater Greece with a tour of the archeological site and museum of the ancient Greek settlement.

Life Beyond the Greeks – A quick chronicle of the Greeks’ demise, an excursion to view the remains of a couple of Roman villas and a brief outline of Calabria’s foreign domination up to Italian unification gives historical perspective to ancient mosaics, medieval watchtowers and inland villages.

HILL TOWNS OF THE LOCRIDE

Stilo – A day trip to view the jewel in Calabria’s Byzantine crown, the Cattolica di Stilo, an Eastern Orthodox church founded by the monks of Saint Basil with a stopover for a typical lunch of a traditional pasta with goat sauce.

Gerace – An outing to modern Locri’s predecessor for a stroll through its medieval lanes, Norman castle ruins and majestic cathedral with stunning panoramas of the surrounding valley from its hilltop position.

Mammola – An excursion to sample the town’s renowned culinary dishes based on dried Norwegian cod.

On Foot in Reggio Calabria – Noting the city’s landmarks during a Calabrian passeggiata.

City Living – An odd mix of positives and negatives, from Mount Etna’s spectacular view to sweeping up the volcano’s ashes, and of the necessity of becoming a regular in local shops or risking not being served.

A Visit to the Doctor’s Office – Attending the meeting of a cultural club in which an obscure British author’s book on Calabria is discussed in an offbeat setting.

A Trip to the Movies – A Saturday night outing: some crazy driving and an Italian-style ticket line.

What’s your favorite…? – Classroom conversation reveals the Mediterranean diet is slipping amongst the younger set.

The Uncommonly Common Bergamot – The citrus fruit commonly found on pantry shelves and people’s skin the world over thrives only in Calabria.

‘Ndrangheta, Part 2 – The unfinished highway, contaminated water, a mythical bridge, political collusion, the code of silence and a little American boy as a symbol of hope.

IN THE PROVINCE OF REGGIO CALABRIA

Bova – Excursions to a stronghold of the Greek language and culture in Calabria.

Scilla – A beauty on Calabria’s Tyrrhenian coast, this town boasts Homer’s mythological Scylla and Charybdis as well as a ton of swordfish.

Pentidattilo – A day trip with the Anglo-Italian Club to honor Edward Lear, an earlier traveler to Calabria, who has left behind wonderful illustrations of the region and the five fingers of Pentidattilo before the most recent devastating earthquake altered it forever.

IN THE PROVINCE OF VIBO VALENTIA

Tropea and Capo Vaticano – Trips to Calabria’s most popular tourist destination on the Tyrrhenian Sea include its famous onion and sausage, a pair of dancing giants, spectacular views and beaches along the coast of Cape Vaticano, and a charming pensione.

Vibo Valentia – A weekend of rebirth, sharing in an artichoke picnic, touring the provincial capital and its castle, and an ancient’s advice on how to escape Hades in the afterlife.

Pizzo – The rocky promontory is an obligatory stop for its castle’s fascinating Napoleonic history, a famous gelato treat called tartufo, canned tuna and a glimpse into the primitive grotto chapel.

Catanzaro – Situated at Calabria’s narrowest point and geographical center, and perched high on a hilltop with views of both the Ionian and Tyrrhenian Seas, this provincial and regional capital with twisted medieval lanes, once a hub of the silk industry, gave birth to the paparazzi.

Crotone – Once home to Pythagoras who was run out of town for his religious and political beliefs, the provincial capital whose lone Doric column serves as a symbol of the region, hosted Hannibal and fathered a Barbary pirate. Of its archeological remains, the Aragon castle of Le Castella is best appreciated with a glass of the local wine. 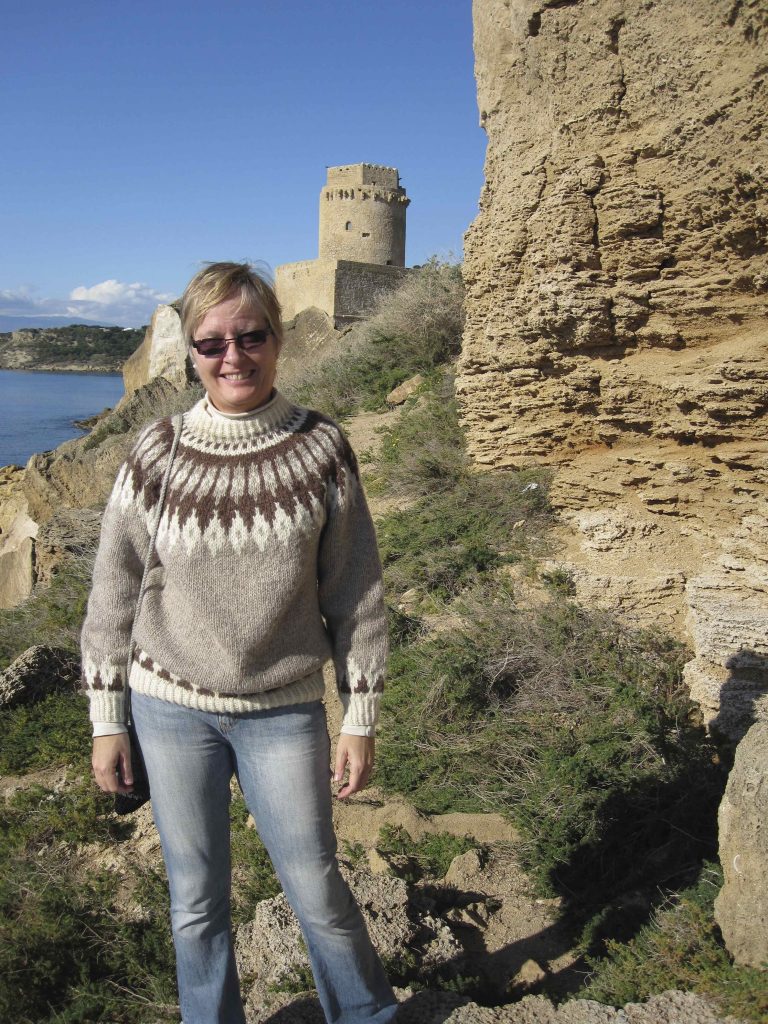 Rossano – Known for its early Byzantine illuminated manuscript, Norman abbey and wild licorice, the community that gave birth to a pope, an antipope and a couple of saints, today delights with an effusive landlord and an unexpected invitation to a forest picnic with a local ranger.

Santa Severina and Corigliano Calabro: The Castles – Visits to two of Calabria’s finest castles, their feudal pasts and the consequences for their future.

Pollino, Sila and Sybaris: The Mountains and Their Alluvial Plain – Finding the lost city of Sybaris; 11,000-year-old petroglyphs, butter-filled cheese and Albanian communities in the Pollino Mountains; and skiing, flavorful potatoes and a medieval prophet who wavered between heresy and blessedness in the Sila Range.

THE PROVINCE OF COSENZA

Cosenza – From pre-Greek culture to the Visigoths, Casanova and Dumas, the provincial capital preserves its rich history in its old town while living a vibrant present with the region’s largest university and a main street full of modern art.

Paola – A pilgrimage to the birthplace and sanctuary of the lesser known St. Francis, Calabria’s patron saint, St. Francis of Paola, protector of sailors and fishermen.

Vulcano – A weekend at one of the Aeolian Islands seen from Calabria’s coast, sliding in therapeutic mud, climbing a volcano and sharing meals with locals.

Matera – A day trip to the region of Basilicata with Reggio’s Ukrainian community to see the cave dwellings listed on UNESCO’s World Heritage Site and eat horse meat.

Reflections – “But why Calabria?” – An attempt to respond to the question I was repeatedly asked, my own ruminations together with those of travelers to the region before me.

In Preparation for My Departure – One last gelato with the realization that the people and their delicious pastries had gotten under my skin.

Airport Farewells – Heartfelt goodbyes with my adopted Italian family at the Reggio airport, a transition out of my Calabrian adventure with my friends in Rieti and a glitch at the Frankfurt airport before returning to the U.S. to begin work on my Calabria book.

To Purchase this Calabria Book, click here to buy Calabria: The Other Italy from this website and for links to non-US booksellers, or purchase from the American Barnes & Noble and Amazon websites or from your favorite retailer. This award-winning Calabria book is available in paperback and e-book versions.

Looking for reviews? Read what the critics have to say about this Calabria book as well as an interview with the author: Book Reviews.

Visit Italy virtually through My Italian Blog and sign up below to receive the next blog post directly to your email for free.