Licorice isn’t something people are wishy-washy about—they either like it or they don’t, regardless of how it’s spelled. Or would that be spelt? To the British, it’s liquorice, but what’s amazing is that most opinions have been formed without ever having tasted a single drop of real licorice, or for that matter, the very best licorice from Calabria, Italy.

The licorice plant is a perennial shrub of the legume family with long roots that yield the characteristic flavor. The word itself derives from the Greek glukurrhiza, meaning sweet root, which may come as a surprise to those familiar with its strong and at times bitter taste in natural forms. However, the glycyrrhizic compound in licorice is actually sweeter than sugar.

The root can be chewed in its raw form or drunk in an infusion. To make into candy or lozenges, the licorice root is boiled to produce an extract that may then be used in its pure state, but is most often mixed with sugar and a binding agent. The sky’s the limit as to what other herbs and flavors can be added, and interestingly, northern Europeans enjoy salty licorice treats. 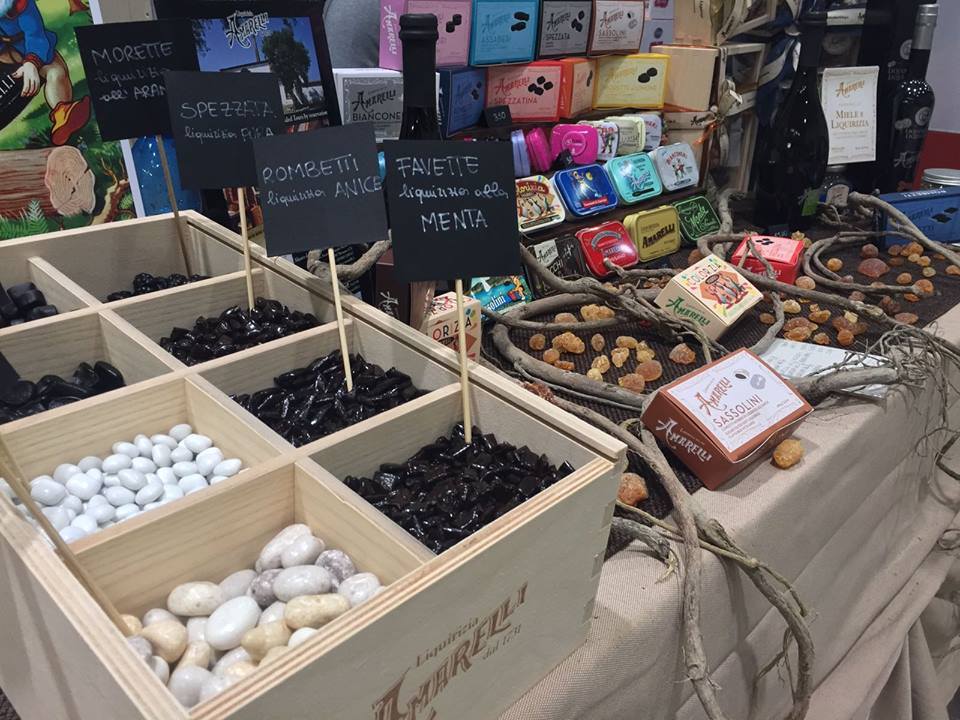 An assortment of Amarelli licorice products (photo courtesy of Amarelli)

The licorice root has been consumed for millennia: ancient Egyptians drank fragrant licorice beverages; Alexander the Great gave the roots to his troops to minimize thirst and boost stamina on long marches; Napoleon kept powdered licorice mixed with brown sugar in his pocket as a remedy for indigestion; and American cigarette companies used licorice to enhance and sweeten tobacco products until it was banned by the U.S. Food and Drug Administration in 2009. And these are just a handful of highlights from the root’s long history. 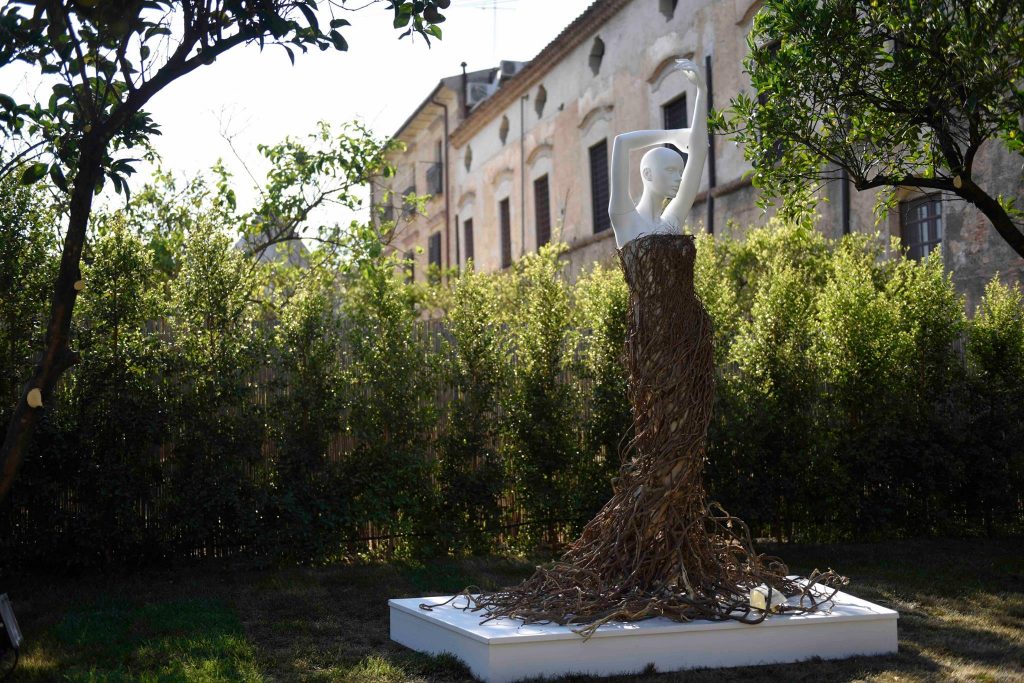 NOT THE BEST LICORICE

In common usage, the word licorice or liquorice is frequently employed to denote food products that contain very little to no licorice whatsoever. For example, one prominent, rope-shaped, black candy found on American supermarket shelves states the licorice content as “2% or less” on the ingredient list. And other flavors, often a vivid red, are, well, sugary and brightly colored.

Anise oil is routinely used to imitate or enhance the flavor. Of course, everyone has his or her own taste preferences, but I can’t help but wonder why some of these manufacturers don’t just call their products by a different name.

CALABRIA AND ITS VERY BEST LICORICE

I’ve always tended to lean towards the natural and perhaps that’s why my first experience with Calabrian licorice grabbed me. There’s something really comforting when you don’t have to be a scientist to decipher the label. Scanning the list of ingredients, you don’t even need your glasses as there’s no fine print, just one word: liquirizia (licorice in Italian).

Wow! The tiny, jet-black spezzatina I was offered out of a little red Amarelli tin burst with an intense piquancy. This was licorice, the very best licorice, I might add.

I would discover that the Calabrian climate was particularly favorable for the licorice plant, in particular the development of glycyrrhizic acid. Thus, the sweet-bitter flavor of pure Calabrian licorice is well balanced without the necessity for additives or sweeteners. This natural quality is what led to the establishment and growth of the licorice industry in Calabria. 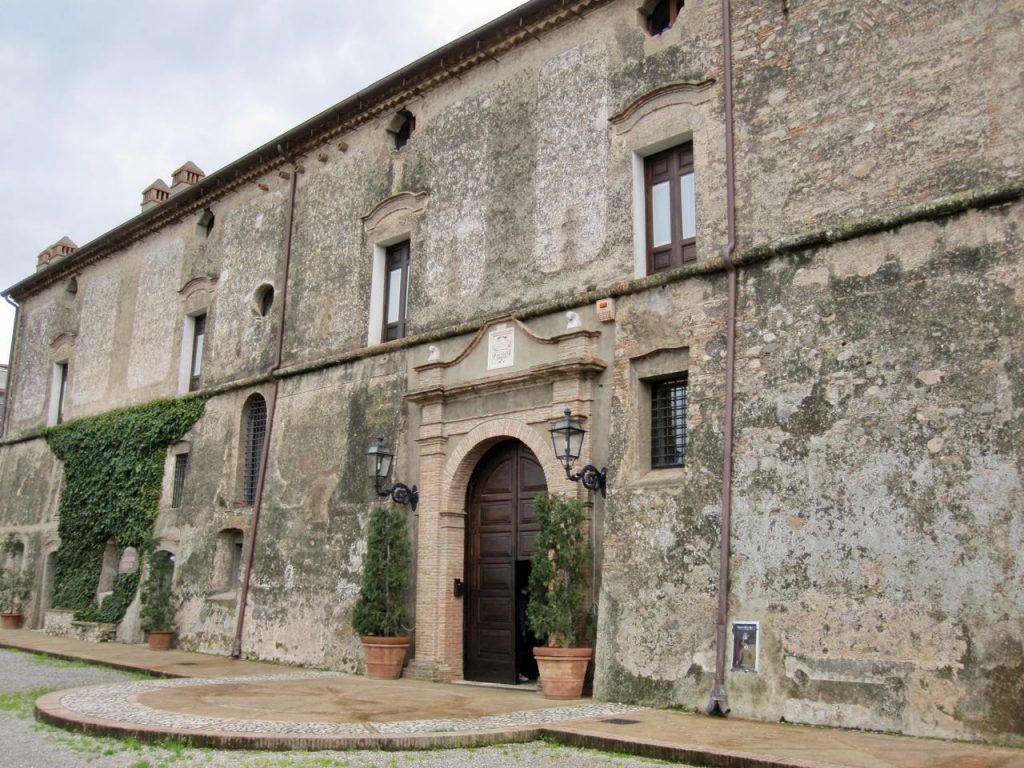 Historic Seat of the Amarelli Family in Rossano, Calabria

Several noble families in the towns of Rossano and Corigliano began to industrialize licorice beginning in the early 18th century. The Amarelli family, already involved in licorice from around 1500, developed a method of extracting juice from the root and established a factory in 1731. From that time, the company has produced licorice lozenges and stayed abreast of the latest technological advancements while remaining true to the quality of its origins. 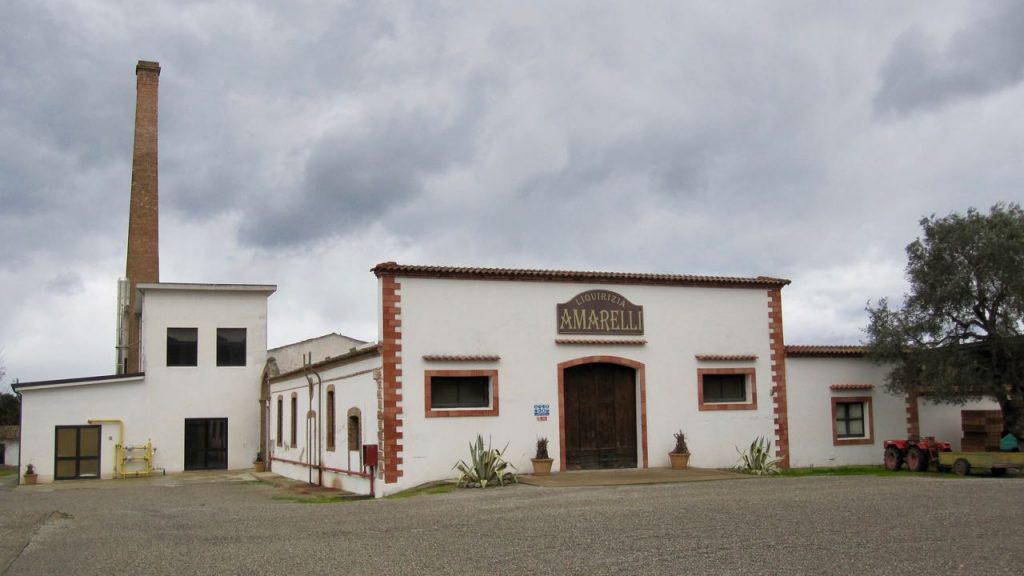 I learned the history of Amarelli licorice at their delightful museum in Rossano, a good-sized town on the Ionian Sea in northeastern Calabria in the Province of Cosenza. The museum is housed in the Amarelli historic residence, initially constructed in 1400 and continually occupied by the family and its business until today. Remarkably, the Museo della Liquirizia Giorgio Amarelli is the second most visited company museum in Italy; it’s only second to Ferrari. 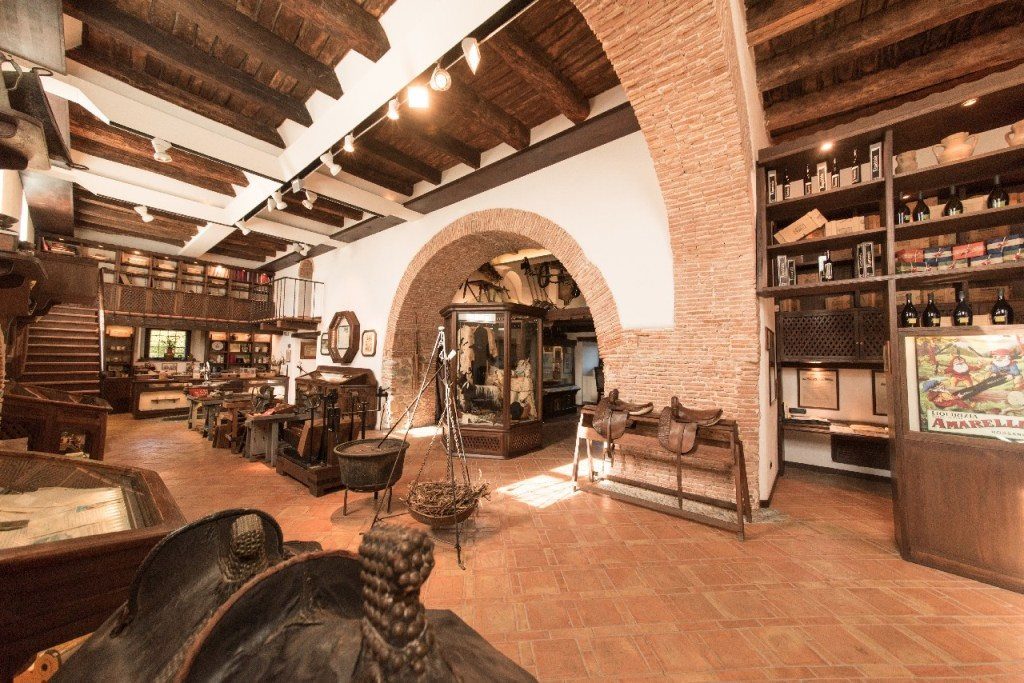 The museum traces the Amarelli family’s history, their enterprise and the precious root of the local, wild licorice plant. On my visit, an engaging docent presented the fascinating story with a wealth of original documentation and artifacts, from factory machinery to family memorabilia and company documents. 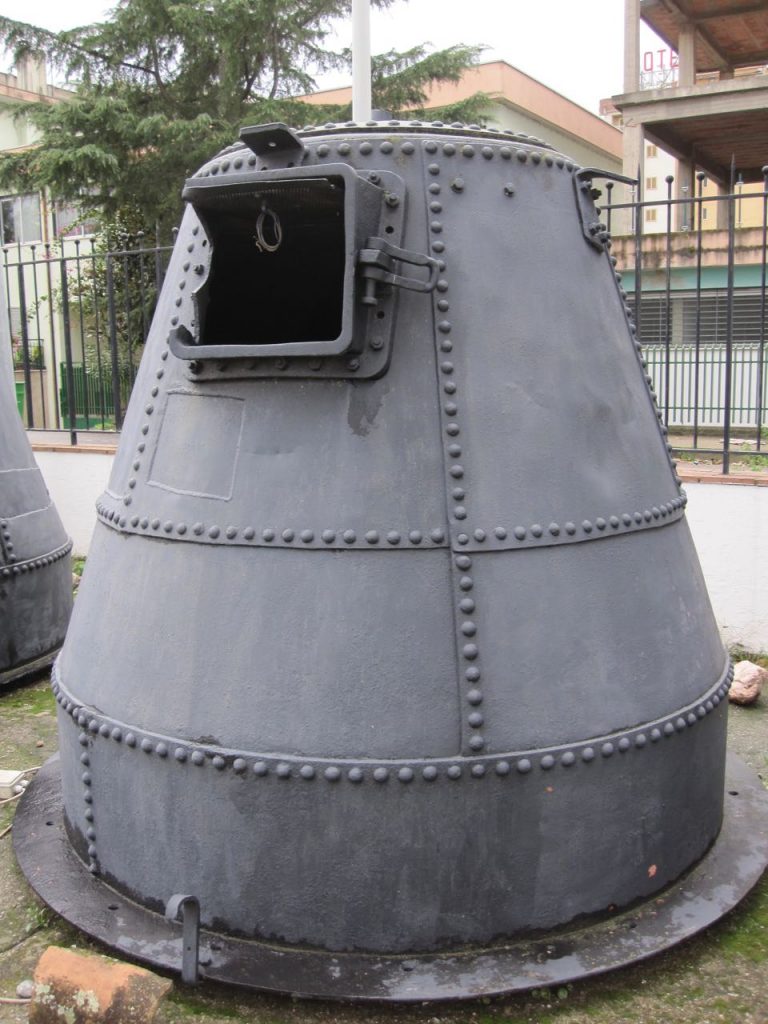 One of the subjects touched on at the museum was the versatile use of licorice as a medicinal herb by the ancient Egyptians, Romans, Chinese and Indians. Licorice is an anti-inflammatory, antioxidant and has antiviral properties. It aids digestion and protects the respiratory system, relieves sore throats, acts as an expectorant and alleviates coughing.

As licorice can increase blood pressure, those who suffer from an elevated pressure should not overindulge. And excessive consumption isn’t recommended for pregnant women.

A number of beauty and skincare lines as well as toothpastes and mouthwashes incorporate licorice in their formulas. And while the simplest method of ingesting licorice is to chew and suck on the dried “sweet root,” as it is called, this sweetness that is much stronger than sugar doesn’t damage teeth. 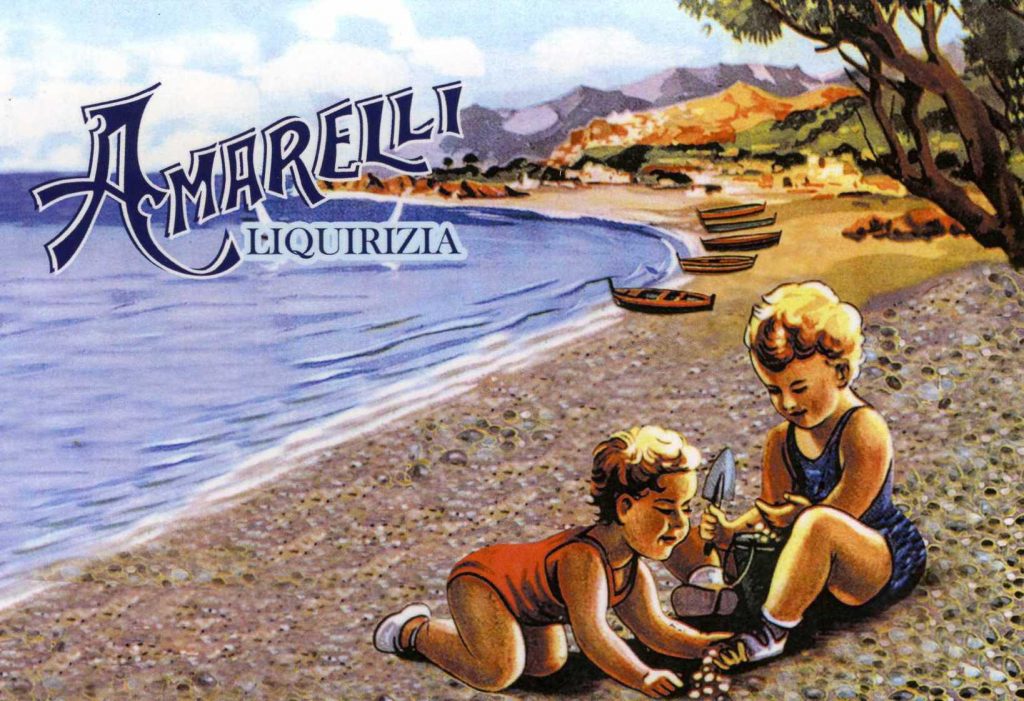 CALABRIA’S AMARELLI LICORICE IN ITS MANY FORMS

For those who are firmly in the I-don’t-like-licorice camp but are still reading, I would recommend that they try a tisana or infusion, which is the steeped root. Perhaps this will sound hard to believe, but absolutely no sugar is needed for this very pleasant, mild, soothing tea. And the steeped root can be re-used several times.

In addition to the sharp, 100% licorice lozenge, Amarelli also makes many variations, such as candies with hard sugar coatings, of a gummy consistency, and with the addition of mint, vanilla, anise, violet, orange and lemon, as well as with chocolate. 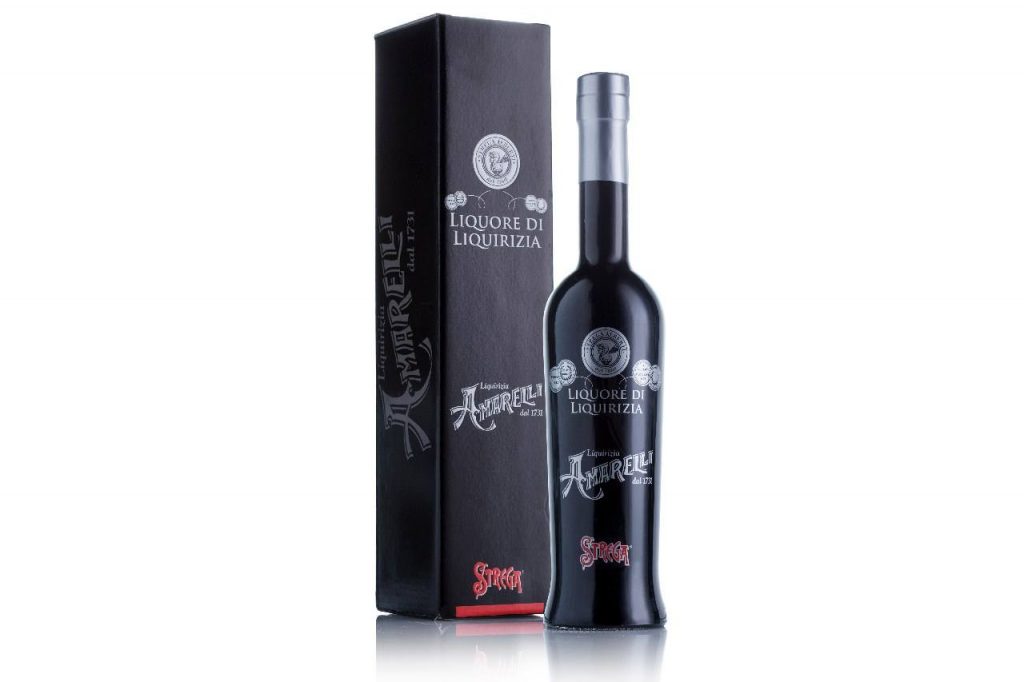 Alcohol is another category worthy of exploration, and I find Amarelli’s licorice liquor, served chilled, a very discriminating after dinner drink. But there is a lot more to sample, such as craft beer, grappa, pasta and even a licorice-flavored salt! In addition, chefs are experimenting more and more with licorice, often using the root in its powdered form to make gelato, cookies, cakes, pasta, rice and meat dishes.

Still on the fence about the world’s best licorice? Maybe you’d prefer liquorice. 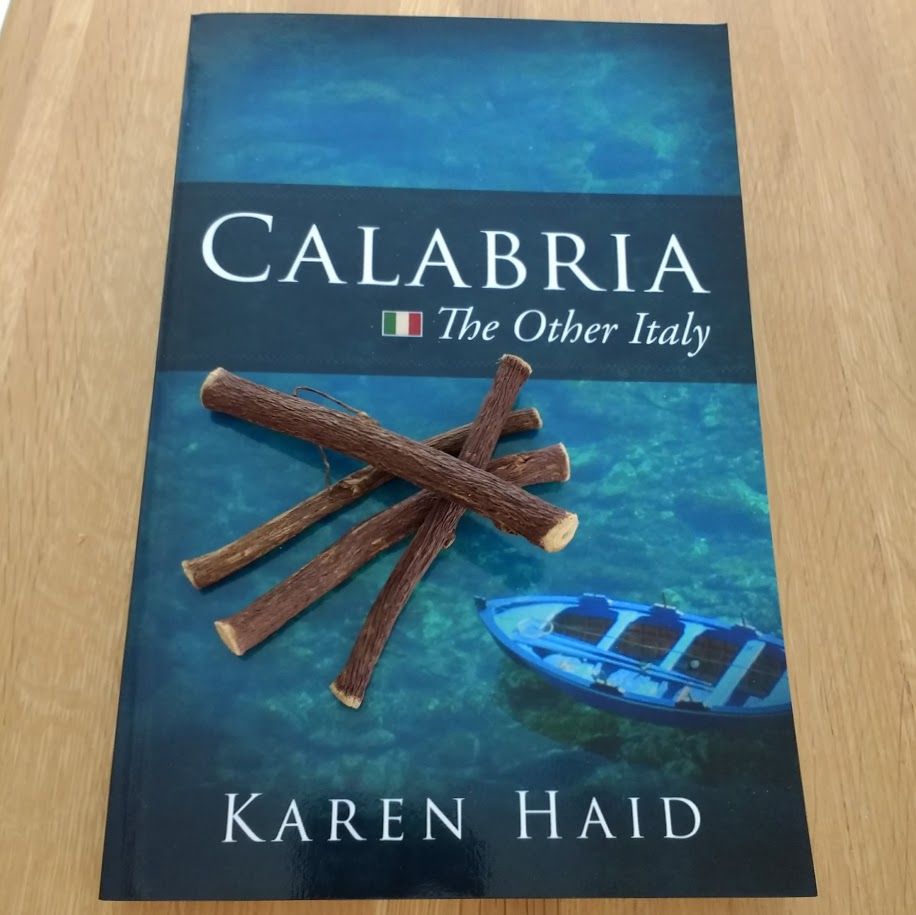 Calabria: The Other Italy with Amarelli’s licorice roots

Where can you get Amarelli licorice? Over the Internet, at New York or Chicago’s Eataly, in select specialty stores, in numerous shops throughout Italy and all over Calabria. Or get your licorice directly at the source at the Amarelli Licorice Museum on my Calabria Cultural Tour. Check out tour itineraries on my Calabria tour page. 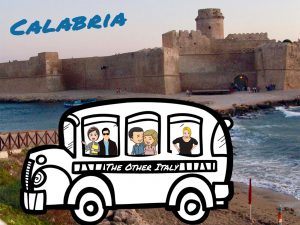 Read more about Rossano and my visit to the Licorice Museum in Calabria: The Other Italy, my award-winning non-fiction book about daily life, history, culture, art, food and society in this fascinating southern Italian region. It’s available in paperback and e-book versions.

Discover more about other distinctive agricultural products from the region on my blogposts: The Bergamot: Calabria’s Incredible Citrus and Santa Maria del Cedro and the Precious Diamante Citron.

A little background on the #writing of #Basilicata: Authentic #Italy, and yes, that's me on the "Flight of the Angel" #zipline! @volodell_angelo @LoveBasilicata https://www.calabriatheotheritaly.com/italy-blogiversary/

A #multilingual #sign for St. Rocco #church in the

At the #museo della lingua greco-calabra in the Gr

The Greek-speaking #village of #bova #calabria in

Memory #flying over the #straitofmessina #calabri

Today, the #straitofmessina from #scilla #calabria

Another view of the #straitofmessina - from #galli

The #straitofmessina from the #aspromonte #mountai

Another view of the #straitofmessina - from #canni

Hello from the #straitofmessina on a #fbf from 11

Scary?? She appears on #ashwednesday and makes sur

From a simpler time when a shepherd would #whittle

For all those struggling with learning a foreign l

Can we assume the placement of the pipe over the a

Happy #internationalgreeklanguageday with this #si

The days just seem to be rolling by, like this #to